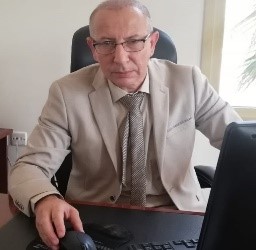 Before joining Al Yamamah University, Dr. Djamal was President of High Technology Innovation, A French Company in IT Training & Consulting, where he was responsible for organizing training, seminars and conferences in IT, supervising many projects such as Academic Accreditation and E-commerce Market Place, and managing a team of development.

Dr. Djamal has worked as Associate Professor in the College of Computer and Information Sciences at King Saud University during 10 years. During his career in King Saud University, he took many responsibilities, he was Head of Graduation Project Committee, Member of Research and Industrial Collaboration Committee, member of Curriculum Committee, member of Internships Committee, and Head of SAP program. He was the initiator of SAP Program at university level, and he introduced several courses related with industry, such ERP systems, Selected topic in ERP (Finance), Advanced System Analysis and Design. Dr. Djamal organized many Industry training, workshops and events for students and academic staff on SAP.

Dr. Djamal created in 2013 the Research Chair ERP-BPM, with purpose is to form a group of researchers who work and collaborate in the fields of ERP (Enterprise Resource Planning) and BPM (Business Process Management). It allowed to supervise the students of master and doctorate who make their theses in this field. Also this research chair allow us to organize several workshops and conferences and meetings with the companies evolving in this field, like SAP, Oracle, DELL EMC.

In the research area, Dr. Djamal started his research in Automatic Machining Learning where he was preparing his master thesis: Incremental Leaning based on Neuronal Network, (1992). He did his PhD thesis on Symbolic Data Analysis (SDA), which an extension of classical data analysis (1992-1996). SDA is considered as field of Big Data. He worked also two years on Symbolic Data Analysis, when he was Research Engineer for Philips Electronique-Paris Dauphine University (1994-1996). He did also research Financial Prediction Automatic Marching Learning using Neuronal Network when he was post-doctoral in Montreal University (1997-1998). In King Saud University (2009-2018) he created a project named “Symbolic Data Analysis”, granted by The College of Computer and Information Sciences Research Center. This permit to develop an entire system which includes the feature selection program, the individual data simulator program, a generator of symbolic object, program and a quality validation program. These programs help the expert to interact with the system and assess the quality of the result. We have made a big effort in order to reduce the complexity of the algorithm using mathematical properties and discrimination matrix; this will allows to use the algorithm with big databases. The developed application will be included soon in the Symbolic Data Analysis Software (SODAS).

In ERP research area, Dr. Djamal industry experience in SAP helps him to have a great contribution in Enterprise Research Planning (ERP) research group. He published many research papers and supervised many master and PhD thesis, mainly on ERP cloud.

Dr. Djamal has a great contribution in University and Community services in the Kingdom of Saudi Arabia. He was involved in Auditing King Saud University ERP Madar, Advising E-Transaction Deanship of King Saud University for the new ERP Implementation, and he was Member of SAP Saudization: a program created in collaboration between SAP, Company, King Saud University and Saudi Arabia Ministry of labor. This program permits to a fresh graduated students to have a training on SAP ERP. He was Volunteer Teacher and Organizer of Coder Dojo (computer programming clubs for young people) with DELL EMC. I taught for kids how to develop on the web.

Dr. Djamal has a great experience in Industry (14 years) mainly in Canada and France. He worked in several big companies. He was Project Manager and Architect in SAP Canada for 8 years, where he contributed in the development of many versions of SAP CRM and SAP Service Industry. He is considered as expert in SAP CRM. Dr. Djamal worked also as Project manager and Consultant in many other companies, such as: Banctec (Bank Business Area); Gemplus (smart card), Bombardier Aerospace, Montreal Exchange, Government of Canada (Ministry of Family), Mutual Social Insurance, and High Technology Innovation.

Dr. Djamal has great mastering in technology, he worked with quality standards of big organizations

In 2016, Dr. Djamal was awarded for Best Technology Project (Smart E-Commerce) in King Saud University. And in 2002 he was awarded by M. Bill McDermott, Actual SAP CEO, for the great work in SAP CRM.

Committee and Administrative Experience in University